Two weeks ago, quite spontaneously, I decided to visit Polish coast within the train reach and I landed in Miedzyzdroje on the Wolin Island. This post have totally surpassed my expectations and here we are, two weeks later, with a bunch of my friends living in Berlin, asking for the Baltic Sea destinations worth recommending both on the German and Polish side.

So this time I decided to check out the seaside town from my childhood memories: Mrzeżyno, where my parents use to have a tiny cottage and since then, regularly visited. In short: 90s music, arcade games on rainy days, fish and chips and friends I played football and watched FIFA World Cup 1994 with. Like in the Roots Manuva’s ‘Dreamy Days’: this used to be fun and lots of laughter. Surprisingly, some things have not changed at all, while the time has passed. 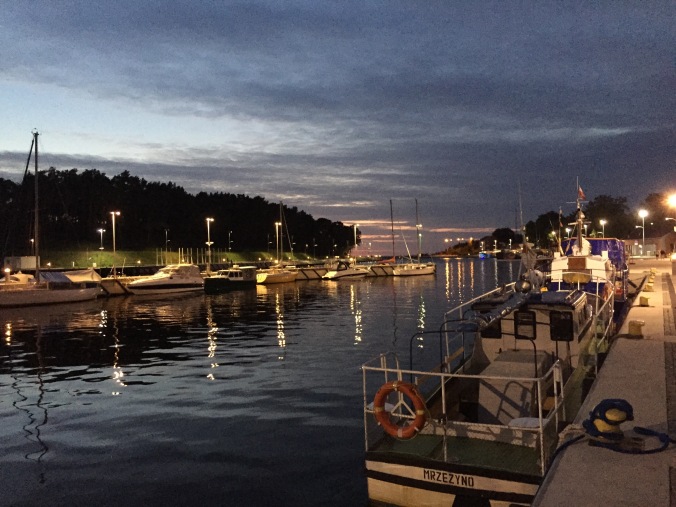 The port where Rega river enters the Baltic Sea (or: the other way round, when the sea is as rough as today) is now completely refurbished and offers great sights during the sunset. For those who like more active tourism, it’s also great for renting kayaks and discovering West Pomerania’s treasures (including a medieval towns such as Trzebiatów). 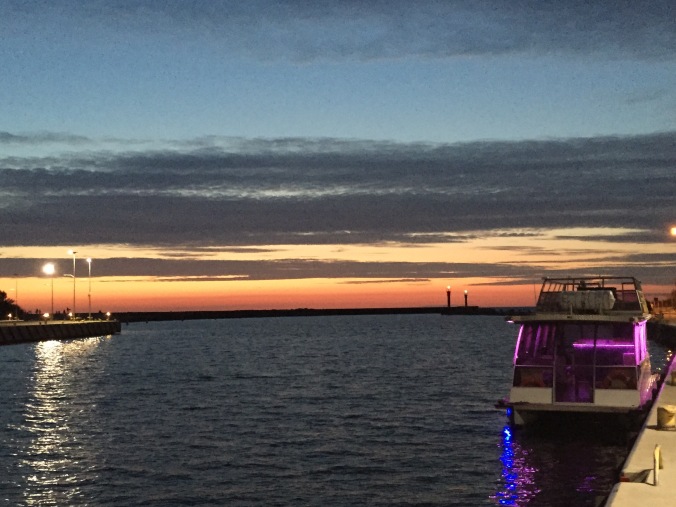 The port also offers now yacht marina, and fresh fish for the hungry ones. I still remember when Mrzeżyno was a very isolated town in between two military bases, and quite undeveloped infrastructure in the 90s. These times are long gone, hence there are crowds of Polish families. Don’t go there in the high season if you search for remoteness! 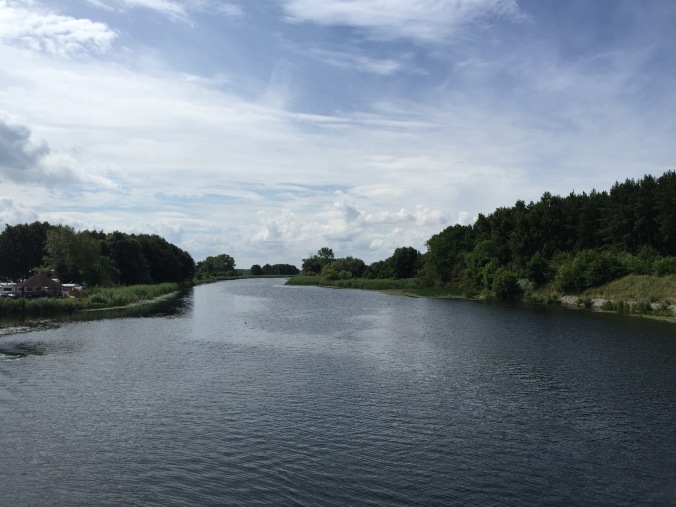 However, there is a very interesting techno festival proposal coming up in August: Plötlzlich am Meer (Eng. Suddenly by the Sea, PL: Nagle nad Morzem) – yet another edition of the Polish-German Electronic Music festival on the beach of Rogowo, one of my all-time faves. It’s probably best to book the trip in advance and rent a car, but if one’s well-determined, this place can be reached by the combination of train + bus, plane + bus, whatever + hitch-hiking, etc.

And then, suddenly, by the sea, interesting things may happen! 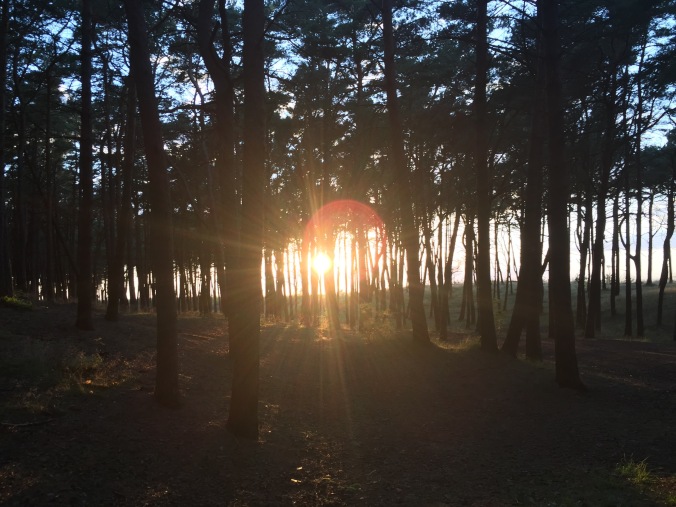 Today is one of these days one can only expect the unexpected in terms of the weather in Berlin. Intervals of sun, rain, storm and wind vary and it is rather difficult to plan anything outdoor. But the summer has been pampering the Berliners so far – even to the extreme.

Sundays are never boring: either you go on with the party mode or you go on a nature retreat. Alone or with friends – up to you, this city adjusts to all prefered options, be it brunch by the river channel, sunbathing in one of the public swimming pools or city beaches, visiting museums and galleries or cycling around the city.

It’s fun to see that the city was very active and alive on Sundays many years ago too, in the pre-Nazi era in Berlin. A light-hearted film made by Robert Siodmak in 1930 shows a group of the amateur Berliners in a very Sunday Funday mood. Many of the places pictured in the movie are still a very popular locations for hanging around on a sunny Sunday. However, it’s very interesting to see how the city looked before the WWII and live the spirit of the epoque: strolling down the Nicolassee, falling in love and chilling by the lake shore with a gramophone, or play with the sausages (just check this out!).

The movie will be shown in the Freiluftkino Friedrichshein next weekend (25th July) but for those that for some reason won’t make it, or are stuck at home on this rather rainy day, I attach you below an English-subtitles spoiler. Happy Sunday everyone!

Most recently, I have spontaneously decided to leave the city for a weekend getaway (Ausflug in German) to visit the West Pomerania coast in Poland. First of all, most of my Berlin-based friends seemed to be away, secondly – after the heat wave in Berlin at the beginning of July, I decided I should be prepared the next time the weather is matching the sandy beach better than the concrete surroundings. Even if the quality of the sand in the fancy outdoor swimming pool places in Berlin is really good! I have shared my tips on the best summer-in-the-city locations, but when the temperature rises up to 38 degrees Celsius, there’s really not that much you can enjoy doing while staying in the city. So sorry, Berlin. 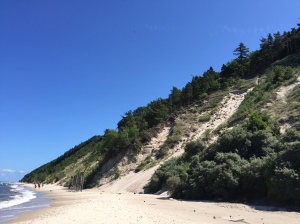 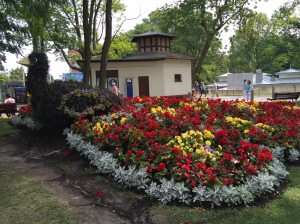 For the weekend get-away I picked a resort town Międzyzdroje (Misdroy in German), well-connected with rail and bus connections, and possible to reach within 3 hours only from Berlin. It is a perfect location both for those who simply enjoy the summery vibe of the beach resort (with all the quirky attractions, fish-and-chips menus and strolling on the pier watching the romantic sunsets, among many others) and for those who enjoy the active plan better (there’s plenty of trails on the Wolin National Park). To get there you can either rent a car or use (please, consider the environment!) a very good Deutsche Bahn and PKP (Polish Rails) connection via Szczecin (Stettin in German). If they are not on strike (DB strike rate is pretty elevated in 2015, just saying)! You can take the advantage of the stop-over and see some attractions of the city, while you’re awaiting for the connection. 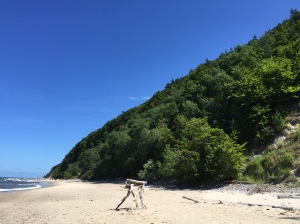 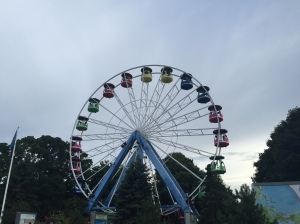 To me the Ausflüge do wonders – changing the setting, weather, and this time – coming back to places which were invariably connected with the holidays in my childhood. I probably miss the sea the most while living in Berlin, but now I’m happy to find out that either choosing to go to Rügen or to Pomerania in Poland is not a big deal in terms of time and money investment. Obviously, these places seem to be much more crowded in July and August, and this can be annoying, but at the same time, you won’t be disappointed by the variety of restaurants, sightseeing option and, if you are lucky, good weather. So… I’ll be back to the Polish coast almost within one week again! Keep you posted. 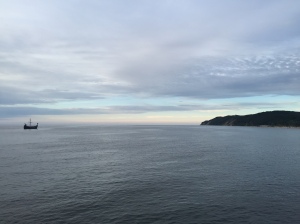 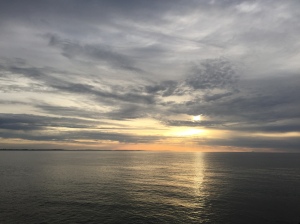