Zero – a zone of silence and of pure possibilities for a new beginning. Taken from the 1957, this art manifesto still makes us think about the essence of art and its meaning nowadays. Times are as turbulent over 50 years ago, but maybe the society feels a bit more indifferent and lost in the stimuli coming from all over the place. The night o 11th April in Martin Gropius Bau proved the need for reconnecting with pure art, beauty in the collective experience.

To enter the all-night event it was recommended to dress in white. More importantly, it was for free then. The long queue to the museum’s entrance looked then very bold and elegant. Maybe a bit like the crowd from the ‘Clockwork Orange’ though. Zero was a manifesto created with a mission to reinvent and redefine art in the aftermath of World War II.

The collection gathered in Martin-Gropius-Bau Museum was rich in picturing the whole spectrum of the European movement around Zero, including works of Ives Klein, Enrico Castellani and presenting the history of the whole movement. The night of 11th/12th April gathered also musical interpretations of the Zero movement. I was simply stunned.

Zero manifesto could also be my own private summary of the past six month here in Berlin. Extremely active and always challenging my curiosity, both at my work and outside of it. Enriching my vision and insight. I found the taste of the solitude, with both its positive and negative connotations. Then meeting numberless people, with great life stories and visions. I embraced the darkness literally and metaphorically, and realized the preciousness of the light coming up next. All in all, I feel this city is a bit like me – non linear, reinventing itself, changing, at times hectic and centre-of-the-world-like, at times very slow-paced and melancholic.

»Art is no longer the act of viewing a finished object; art has become a living process. It is realized in the empty human being. The picture itself has no meaning; it is merely a stimulus for the visualization of an idea, of an impulse.« 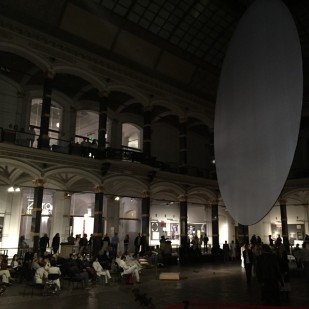