This atypical Sunday getaway was a topic of recurring talks with a friend of mine. We both stumbled upon the topic of going to Eisenhüttenstadt partly by accident, partly knowing it from the GDR era, and we both developed unhealthy fascination about this decaying place. 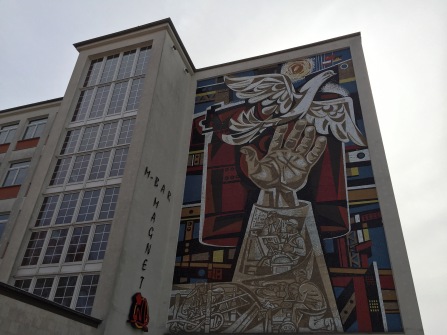 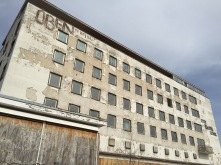 It is probably one of the saddest places in the world. Even in the springtime sun, it looked hazy, depressing and we were one of the very few wandering souls around the town. Other were some people eating ice-cream coloured blue (true story, not a literary fiction at all). 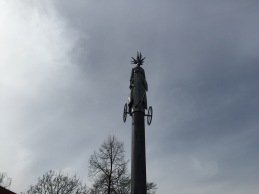 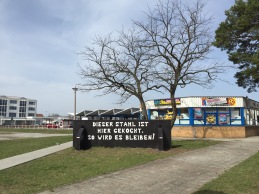 The history of Eisenhüttenstadt is closely linked with the rise of central planning during the GDR, and this is when the crazily concrete urban planning took place, as a socialist model city. Here is a documentary about this Steel Town:

Between 1989-2015 the population dropped by almost 40% and it felt like a place with not a single body (let alone soul). The centre of Eisenhüttenstadt is like the living museum of GDR era itself, and the industrial park offers some breathtaking views of the factory decay. 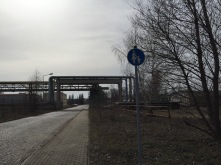 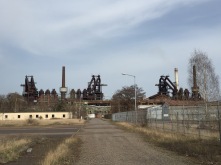 It took us 90 minutes to get there by train via Frankfurt (Oder), which is much more picturesque in the classical meaning of it, however, if you look closely, you will spot children playing around the Soviet-times monument as well as a few abandoned buildings from the same epoque. 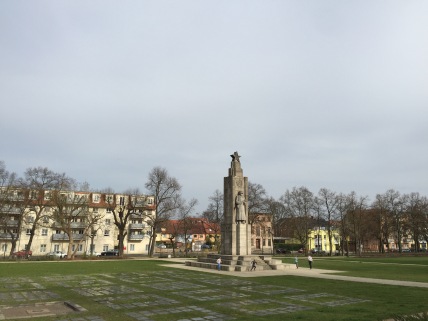 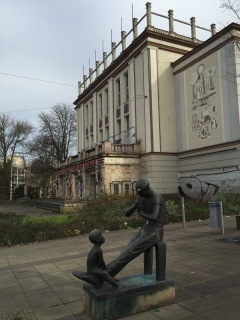 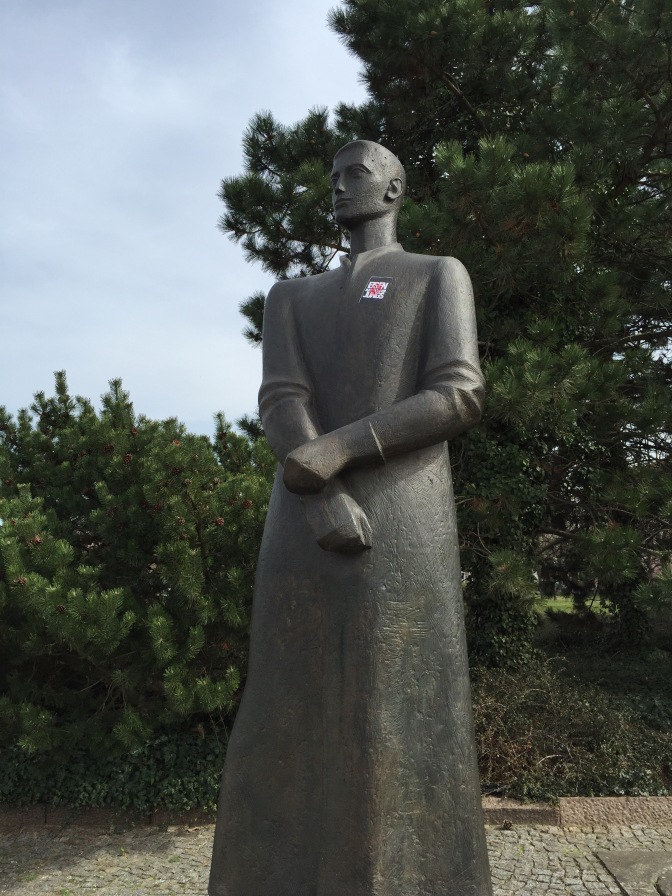 I would recommend this Ausflüge to… no one? Unless you like abandoned places, contemplating over the history and urban architecture. I actually do. There are more ghost towns like this in the former GDR area, and it only makes me wonder, will these places reinvent themselves? As I am a sucker for the living museums of industrial revolution, I think humanity can learn from places like Eisenhüttenstadt for the cathartic purposes, and hopefully: the better future.

Dislaimer: after having published this entry I got a lot of criticism from people who live in and love Eisenhüttenstadt. I didn’t mean to offend you, or your town, not discredit it. I only wrote an opinion on central planning and absurds of history that made a big impact on the development on this city. Big part of my writing is ironical and not-to-be-taken too seriously, as I write about my impressions only. I went to Eisenhüttenstadt as I am fascinated by history, brutalist architecture and industrial landscapes, however, I would argue you can call this town ‘beautiful’ by classical standards. I respect and embrace the people who can see the beauty through the abandoned, concrete and industrial landscapes. Once again: I do, and I will come back to Eisenhüttenstadt with more visitors, for sure.

5 thoughts on “Sunday is gloomy in Eisenhüttenstadt”