Long time no write, but what a month it was… May is a very special month in Germany. Not only the cities become greener and more appealing, the days are truly longer, but also ,surprisingly, there are a lot of long weekend deals. This is why I was too busy travelling and/or going out these days to keep my German diary updated. 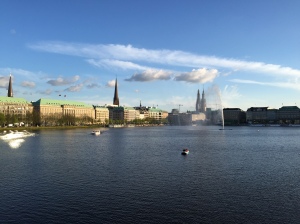 My first destination outside of Berliner Universe was one of its rival cities: Hamburg. I always wanted to go there are this is one of the biggest and also open-minded cities in Germany. For centuries, it’s been a most important Hanseatic port which allowed different cultures influence this part of Europe. 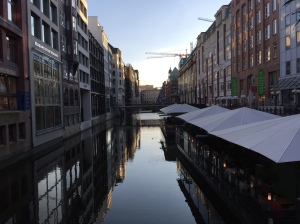 My biggest surprise of all was to encounter the genuinely Portuguese corner very close to the city centre. And as we speak of the neighbourhoods, even though Hamburg is not as big and diversified as Berlin, I was enchanted by its variety of choices. 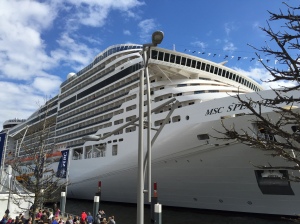 Obviously, the city lives on water, which I find a vital thing. The former port and its belonging granaries is currently the most elegant, refurbished and newly acquired Hafen City where restaurants, bars and galleries are popping up one after another. It is also a visual pleasure for the architectonic aficionados, be it the Hamburger Philharmonic, or various 17th century port buildings. 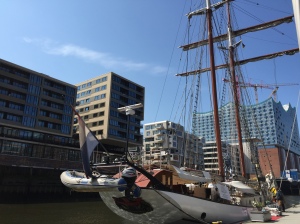 Hamburg has also its own beach up North – Blankenese, where residential life meets the beauty of nature. For the nightlife and affordable eating out, I would definitely recommend the ever-alternative St. Pauli and Sternschanze (which, no offence, somewhat made feel very similar to Berlin’s most trendy Kiez). On the May 1st, traditionally a Riot Date in Berlin – St. Pauli became a war place between the Left and Right wing and the police in between, so maybe next time I’d recommend to avoid this neighbourhood when around this time. At least if you’re not a definite riot type, it’s just better to chill, feed birds and enjoy the breeze on the Alsterpavillon.